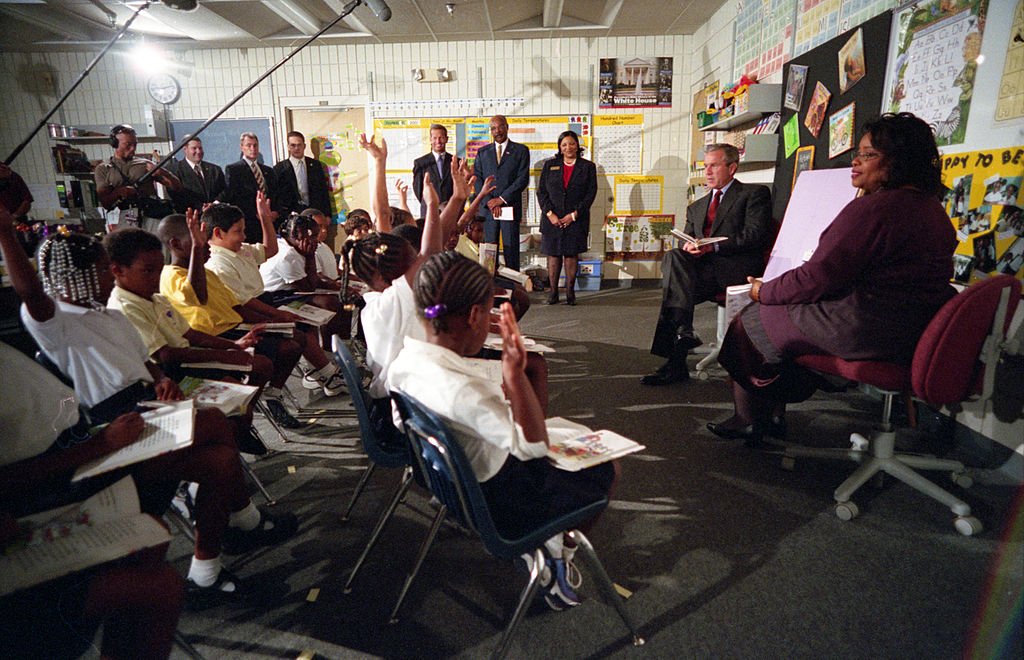 Here’s what I wrote for The Baltimore Sun on the one-year anniversary of the terrorist attacks. My own children were 11 and 8 at the time of 9/11, so I was thinking about them, their schoolmates, teammates and friends, a whole generation stuck with the memory of what happened on that day in 2001.

I WOULD LIKE to say something to the kids today,  so you grown-ups will have to excuse me. All memories of the year past have me thinking of the future, and the future is where children live. So this is for them. Some of you kids might be reading this during the hour that exactly marks the one-year anniversary of the attacks on the World Trade Center and the Pentagon. Most of you were in school when that happened. A lot of you were dismissed from class and sent home by midday. Remember?

It was a clear and sunny day,  and you’ll all live forever with the glaring contradiction of such a horrible act on such a beautiful,  late-summer,  back-to-school,  back-to-work day. “The sky’s still the same unbelievable blue, ” Bruce Springsteen sings in one of the tracks on his new CD.

I have a similar memory from nearly 40 years ago — the dismissal from school on the Friday afternoon President Kennedy was killed. It was a November day, but clear and bright,  and Officer Charlie Thomas, the usually jolly crossing guard, wept as he held up his arms to stop traffic in front of our school. Whenever we get to November,  around Thanksgiving,  I look at the silver bark of trees,  washed in bright afternoon sunlight,  and I think of the day Kennedy died and how the world seemed to shatter. Every generation lives with the memory of a day like that. Yours is Sept. 11. Sorry to say that,  but I can’t imagine any of you ever forgetting it. You know how parents are. We always want to keep the dam of bad news from breaking. For as long as possible,  we want to protect you from all the ugly things that occur in the world, at the hands of cruel and ignorant and greedy and fanatical people. We want to extend your childhood for as long as possible, so that you have time to experience the good things and come to know life on Earth first as a great field of possibilities and pleasures. We figure you’ll learn about the bad stuff in bits and pieces as you grow up. We just hate to see you become jaded by,  say,  12.

But Sept. 11 was the day the dam broke. There was nothing we could do to protect you. A lot of parents felt helpless that day. We might have shown you a strong face,  but inside we were crumbling. Which probably makes you wonder why I would conjure up that awful day again. It’s because I had an idea to put in a plug for thinking in a way that’s bigger than the day. I want you to think of yourselves in a grand way — as true citizens of the Earth and the Future Earth — and to consider all that could be done to make life better and maybe even reduce the chances of another Sept. 11.

I know that sounds like something you might have heard at a high school commencement,  or in church, in synagogue or mosque. But, look, you either have to think in these grand terms or became a cynical crank who crawls through life,  contributing nothing. We have the choice of stewing in our anger, bewilderment and hatred or reaching deep inside and pulling out the good stuff that could actually make a difference in the world.

I heard Rush Limbaugh say on the radio that Americans haven’t been angry enough,  that we’re too soft,  too caught up in trying to understand those who hate us instead of just hating them back. But Rush is wrong. Americans went through their anger and their hate, and if you’re scraping around for a sign of hope today, it’s that the anger and the hate did not fester. It turned into action and into displays of concern and kindness, of patriotism, of faith and love.

Hate begets hate;  anger begets anger. Many generations have failed to grasp that lesson. You can do better than that.

Elizabeth Wainio‘s last act in a life of 27 years was to use her cell phone to call her mother, Esther Heymann, from one of the hijacked airliners. “Elizabeth wanted to tell me how much she loved each of us in the family,” her mother wrote me from Catonsville in July. “She expressed concern for the well-being of those who would have to recover from this murderous act. In her typical style of thoughtfulness,  Elizabeth calmly expressed more concern for how her family would recover [than] about herself. … Elizabeth knew what mattered: love well,  and be unselfish.”

I promise,  kids, no one is going to give you a hard time if you bake cookies for the old woman who lives alone down the street,  or call up a grandfather in the middle of a day to tell him he’s loved. You can do something selfless for a classmate or a teammate,  or your club or your neighborhood. You can read a good book, or encourage someone else to read it. You could teach someone to read it. Look for what’s good in the orneriest person you know. Say hello to someone who usually looks too shy to start a conversation. Make a stranger feel included by kicking the soccer ball or throwing the basketball his way. Make someone laugh. Write a thank-you note to someone who deserves it — a teacher,  a mentor,  a coach — just so they feel appreciated and remembered. Be generous. Open your eyes and ears to the world,  to people who are different. Dare to be smart. Dare to do something great. You’re stuck with this day as a landmark in your lives. Use it for something good.