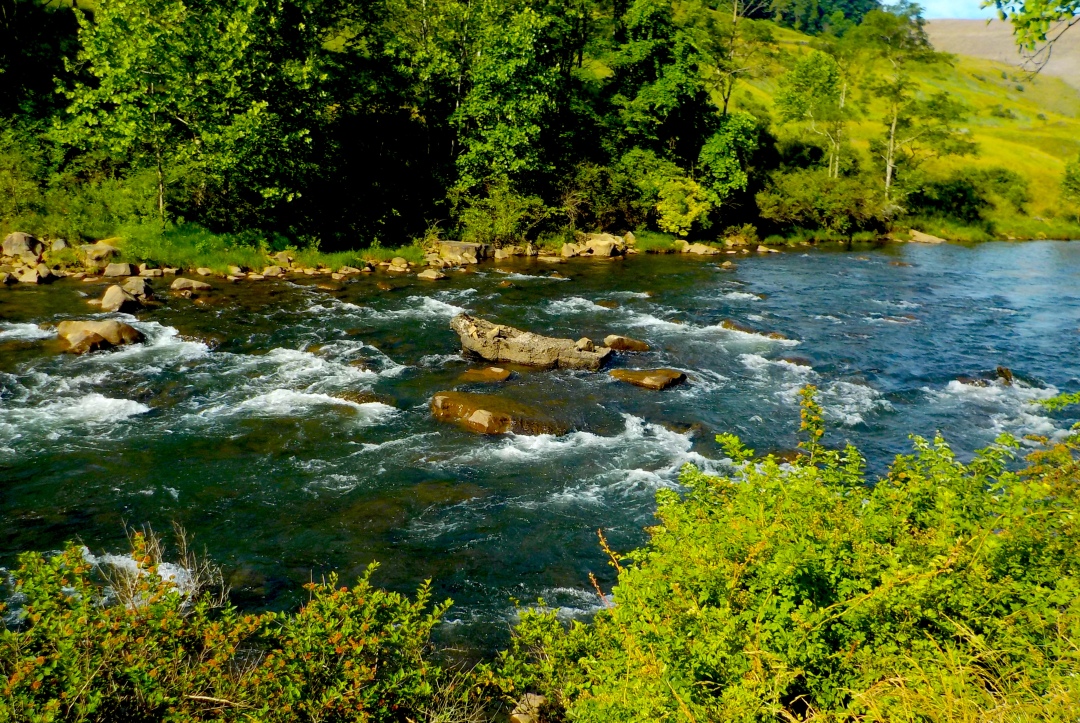 Rosh Hashanah, the Jewish New Year, which begins Sunday evening, September 29, has a ritual that brings people to the water’s edge for a spiritual experience. It’s called Tashlikh, and I’m a Catholic who has developed a keen appreciation for it. I first witnessed Tashlikh one autumn afternoon along Cross Country Boulevard in Northwest Baltimore, as whole families of Orthodox Jews observed their New Year with prayers by the banks of a small stream called Western Run. Tashlikh is a custom derived from the words of the Hebrew prophet Micah: “And You, God, shall throw their sins into the depths of the sea.” All rivers run to the sea, so on the afternoon of the first day of Rosh Hashanah, Jews the world over go to where waters are moving and symbolically cast their sins into them. They recite scripture and prayer. Some turn their pockets inside out and shake them. A description of Tashlikh from the Etz Chaim Center for Jewish Studies says: “By praying at the water’s edge we recall the merit of the patriarchs who overcame ever-raging floods in their pursuit of goodness and imply our wish to emulate their righteousness.”

As solemn as it is, Tashlikh has become a social event, a gathering of friends and neighbors, everyone sharing in the fresh hope of the new year. As a spiritual exercise, Tashlikh appeals to me because it connects faith and the concept of redemption with nature — and, indeed, a part of nature absolutely vital to life on Earth. I like the concept of ever-moving rivers taking away sin and bad feelings. It’s as if nature provides a watery conveyor of second chances for the fallible human race. So I’ve appropriated Tashlikh from the Jewish New Year for my own purposes every January 1. On New Year’s Day, I drop a branch into the current and let it float away; when I do that, I’m letting go of the problems and failings of the past. It is sweet release. The idea that a river or creek could take away sin and bad thoughts had not occurred to me until I observed Jewish families gathering for Tashlikh along Western Run. It struck me as a wise use of a natural resource.