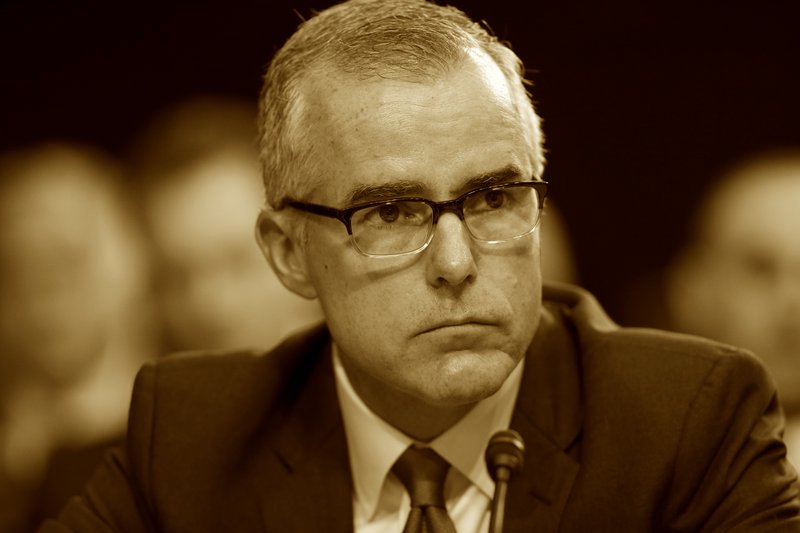 Trump’s smearing of career intelligence officials, FBI agents and federal prosecutors — his hounding of the bloodhounds — is repugnant, and it remains stunning to me that the Republican Party, once the law-and-order party, stands by and lets this happen. Trump’s trashing of honorable federal employees inflicts profound damage — and not just superficial wounds — to the concept of public service. American taxpayers should be outraged. These people are vital to good government and critical to sound criminal justice and effective national security.

The decision by the Department of Justice to close its nearly two-year investigation of  Andrew McCabe comes in the long wake of Trump’s poisonous tweets about the 21-year FBI agent and the bureau’s former deputy director. McCabe defended the FBI’s look at Russian interference in the 2016 election, and Trump picked him out for abusive “deep state” smears. McCabe’s firing in 2018 — for what the Justice Department called “lack of candor” regarding a news media disclosure in 2016 — was politically motivated and occurred just days before he would have been eligible for retirement benefits.

He has sued the Justice Department, saying his dismissal was part of  “Trump’s unconstitutional plan and scheme to discredit and remove DOJ and FBI employees who were deemed to be his partisan opponents because they were not politically loyal to him.”

I hope McCabe wins the case.

If he scores a monetary award, I hope a judge orders the government to pay his law enforcement pension, and then some. It’s too bad Trump can’t be ordered to personally pay damages because no one is more responsible for damages to McCabe, the public trust and public service than the most immoral and corrupt president in American history.

With his smearing of career government employees — including diplomats, judges, military officers and veterans — Trump has demeaned public service. Considering the McCabe case and the appalling political influence at DOJ, what young man or woman would want to start a career as a prosecutor or special agent under this president?

So here — as if you needed one — is another reason why the November election is so important. The man or woman who replaces Trump must repair damage to federal agencies. The next president must speak again to the nobility of public service and the pursuit of justice. The next president must restore respect for the law and recruit a new wave of men and women who will swear an oath to uphold the Constitution, no matter who the president is.