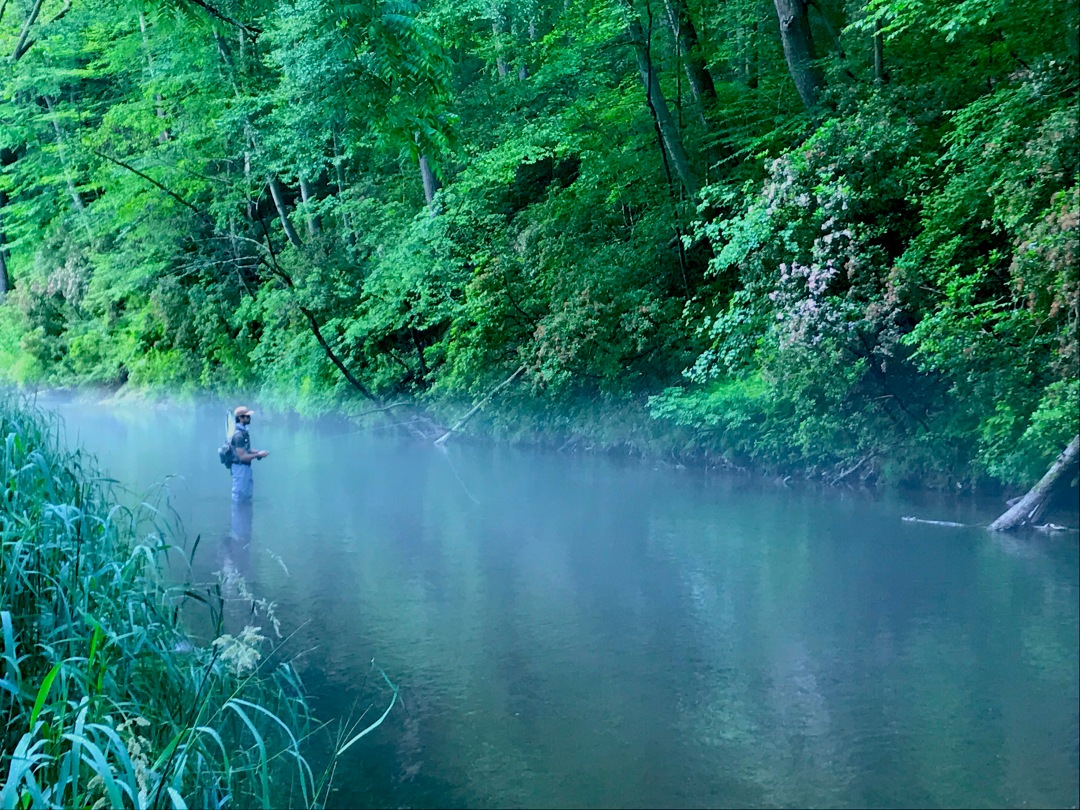 The science of an earthly delight

Did I learn about this in Earth Science class? Or was it something I heard from one of the many people I know who know many things — like where to look for arrowheads or which mushrooms are edible, or why the sun looks red at times, or which feathers to use in tying a certain fishing fly. Was it Martin Larabee, professor of biophysics at Johns Hopkins? Maybe it was the congenial ecologist Charlie Davis, or Jack Wennerstrom, who wrote “Leaning Sycamores,” about the Potomac River. But, now that I think of it . . .

It might have been Wally Vait, fly angler and naturalist, who explained about the misty veils that appear over rivers. As every fifth grader is supposed to know, mist forms when warmer moisture in the air cools rapidly, causing it to change from an invisible gas to something like a fog — a veil of water droplets. You see these thin veils when the warm air of a summer morning hits the cool air above a river. This happens frequently on home waters, the Gunpowder River. The Big Gun is a tailwater, coming from the bottom of Prettyboy Reservoir in Baltimore County, so it’s always cold, and stays cold for several miles. Many mornings I’ve spent there, watching the veil slowly drawn to the left or right or pulled aloft, revealing a day that promises to be warm and humid.

Yes, indeed. Things happen for a reason, and it’s not fate, it’s science, if you really must know.

One thought on “The science of an earthly delight”