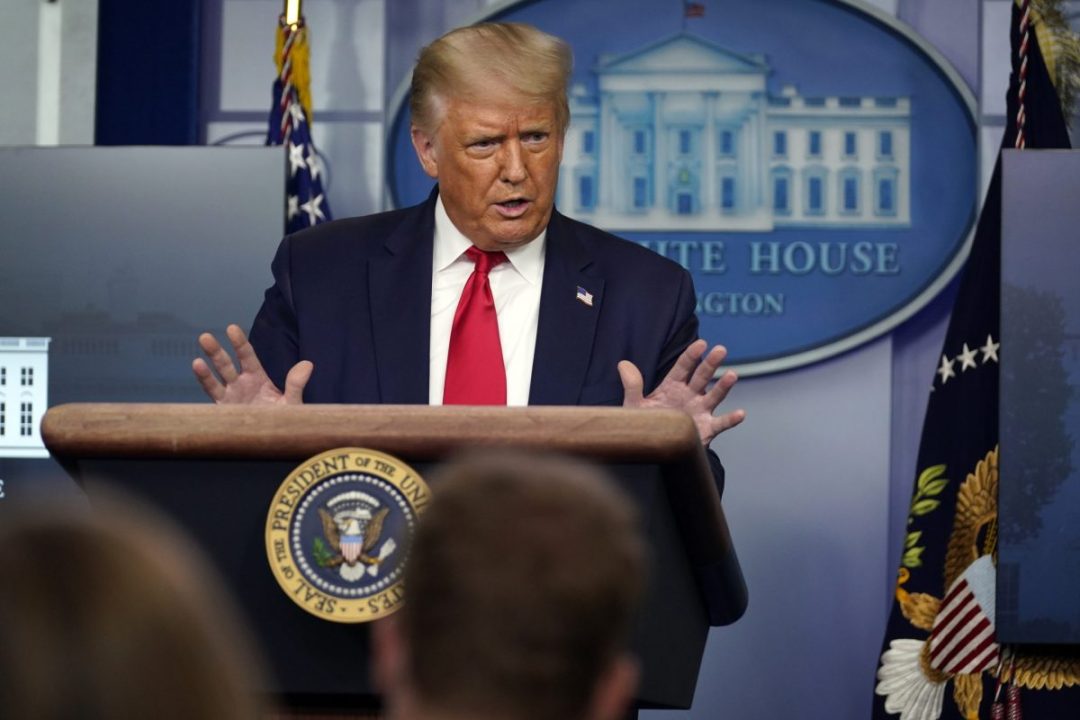 My fellow Americans: It’s time to be done with Trump. He’s gone off the cliff for good.

As my old friend Bush Hog says: “Every time I think we’ve reached the end of the line, Trump lays more track.” And this time he’s gone off the cliff for good and free floating in some mystical neverland.

He retweeted and defended a nutty video of “America’s Frontline Doctors,” who claim against all medical evidence that masks won’t protect those around us from the coronavirus and that hydroxychloroquine is an effective treatment for COVID-19. And they are led by a woman who believes in “demon sperm.”

Yes, Dr. Stella Immanuel “has a history of making particularly outlandish statements — including that the uterine disorder endometriosis is caused by sex with demons that takes place in dreams.”

Here’s more on this woman from The Daily Beast.

It’s not that such quackery exists in the midst of pandemic, or that right-wing media and conspiracy nuts push a video like this, or that millions of people suck it up, making it the viral video of the day. It’s not even that Junior Trump would tweet it out and that his father would retweet it multiple times. We’ve seen this kind of thing before — to the point of fatigue and complacency.

This time, however, I was actually jarred by Trump’s defense of the video and Immanuel.

Here, from the Post account, is what Trump said when asked about it at a press conference:

“I think they’re very respected doctors. There was a woman who was spectacular.” He did not specify which woman. He added of hydroxychloroquine, “I happen to think it works in the early stages.”

When asked directly about Immanuel and why he might trust someone who believes that alien DNA is used in modern medicine, Trump responded: “I thought she was very impressive, in the sense that, from where she came — I don’t know what country she comes from — but she said that she’s had tremendous success with hundreds of different patients. I thought her voice was an important voice, but I know nothing about her.”

Trump walked out of the press conference abruptly.

The president of the United States is not merely intellectually challenged, he’s not simply acting out of desperation, given the catastrophic condition of the country right now. It’s not the overwhelming pressure of the moment getting to him. What is apparent now — and, as I say, in the most jarring way — is that Donald Trump is mentally unstable. I’m sure he has moments in the White House when he seems completely rational, but given what we’ve seen — ruminating on the potential of commercial disinfectant to “clean out” the virus from the human body, and now standing up for some bizarre doctor — any man or woman capable of reason would have to say that Trump is unfit to deliver pizza shop flyers much less serve as president of the United States.

If any moment could be the denouement of this absurd presidency, that crystal-clear moment when people who voted for Trump in 2016 realize their mistake — that the president is a dangerous fool — it should be the July 28, 2020 press conference, when Trump called this woman “spectacular” and “impressive.”

Anyone who is left supporting Trump after this has no claim to good citizenship, no claim to stewardship of American democracy. This is not an ideological argument, it’s not about politics. I’m being as clinical as a non-clinician can be. Donald J. Trump is unfit for office. He should resign. He won’t resign, of course, so we should vote him out as soon as possible, ignore his irrational ravings, and stand guard against any abusive or irresponsible behavior on his part between now and the inauguration of the next president.

5 thoughts on “My fellow Americans: It’s time to be done with Trump. He’s gone off the cliff for good.”