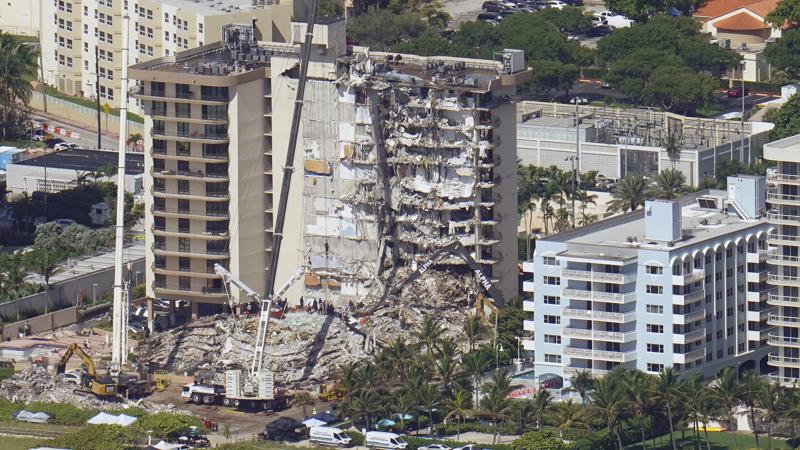 How did this happen? How much will the defendant pay? And who is that anyway? Who is to blame? What will the damages be?

These things, such things, such catastrophic things happen in the world below us, several stories down, according to the BBC. They don’t happen here. We are exceptional.

If there’s a crack, we fix it, right? A hole in the ozone, we patch it, right? We were first to the moon, in the last golden age, now the dark side — 390 millions guns and just as many potholes, 600,000 dead from a virus the President wanted to kill with Lysol, 90,000 dead from drugs, millions high on lies.

So a condo collapses, and now rescue workers and dogs search for the dead and, as in all things, for what happened to America.