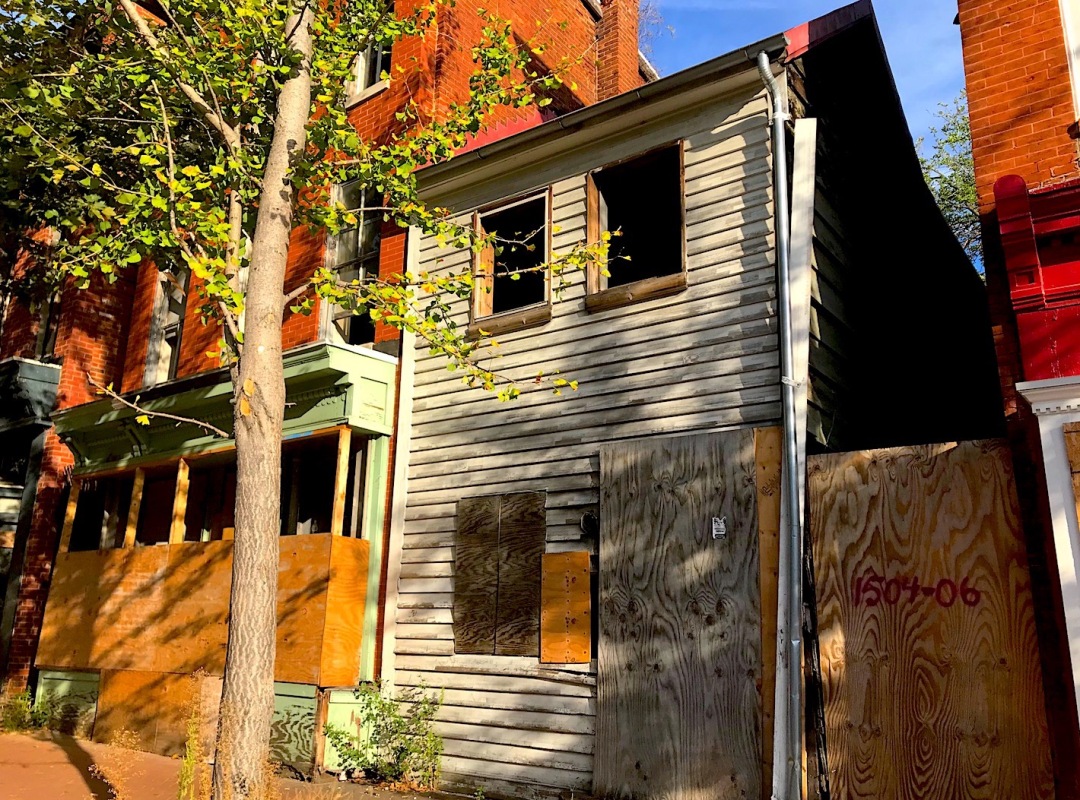 People who decry Baltimore’s vacant houses and who say, “Tear them down,” or “Give them away,” do not understand the complicated legal nature of ownership, much less the desire for historic preservation or the matter of market conditions and the availability of capital. They also seem perplexed that there are so many vacants in the city, and I have to explain that Baltimore in 2019 has 300,000 fewer people than it had in 1969. Once you get that staggering number into your head, you can better understand why long stretches of the city, especially the east side and the west side, still have so many vacants.

Just needed to get that out of the way before I provide a brief follow-up to my most recent column in The Sun.

The vast majority of vacant houses in neighborhoods dominated by rowhouses are made of brick. Many are covered with various forms of what’s generally known as Formstone, but they are mainly brick. Thus, it was a surprise for me to see, along an old retail stretch in southwest Baltimore, a small wood-frame house in the row of taller bricks on the north side of the street. A man named Malachi Mills built the two-story house 176 years ago at 1504 West Baltimore. Mills was a free black man who was a carpenter and cabinet maker. His domicile and carpenter shop dates to 1843, and considering the duration of its abandonment, it’s in relatively good shape. The Southwest Partnership, a collaboration of seven neighborhoods, is in the process of acquiring it, fixing it and possibly turning it into a museum. It is one of the last wood-frame houses in the historic neighborhoods of Baltimore and an example of 19th Century workforce housing. This year, the Baltimore National Heritage Area awarded the SWP a small grant to get started. Good luck to the SWP on this project.