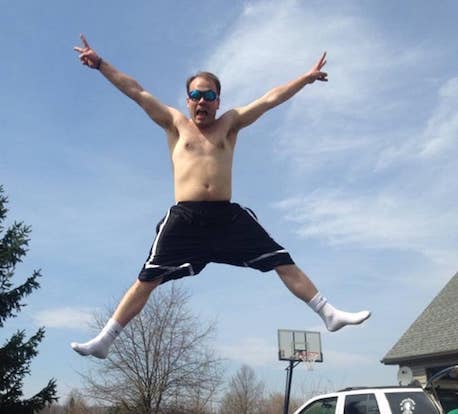 There are thousands of tragedies from the opioid epidemic, but the tragedy of the Dolan brothers, described in two of my Baltimore Sun columns, stands out in one particularly depressing way: The older of the two, Billy, (in flight off a trampoline in the photo with this post) had been blamed — and criminally charged — for the death of the younger brother, Joseph. Billy was not the drug dealer who sold Joseph heroin laced with deadly carfentanil. Billy was a fellow traveler in drug abuse. According to his mother, he had an addiction compounded by mental illness. On some level, the most hard-nosed cops and prosecutors know it is wrong — fundamentally immoral — to be arresting and jailing people with addictions, much less blaming them for the deaths of friends and relatives who die from an overdose. And yet, that is what has been happening in this country for decades. The relatively new twist is a law, like the one in Pennsylvania, that allows police to arrest a drug addict who shares heroin with others when that heroin causes death. What’s the intent of such a law? To deter drug abuse? To force addicts to get clean? No one who understands addiction will see the logic.

“If you give someone drugs and it causes their death, you’re facing a first-degree felony and jail,” Pennsylvania Attorney General Josh Shapiro said last year. “I am using every tool we have to hold dealers who sell heroin, fentanyl and other deadly drugs, accountable for the pain and death they’re causing across Pennsylvania. Where it’s appropriate, that includes the charge of drug delivery resulting in death.”

Even when the accused is a fellow addict.

Here’s what Goldstein Mehta, a Philadelphia law firm, says about the law on its web site: “Drug Delivery Resulting in Death is a relatively new charge in Pennsylvania. Although the statute has existed in some form for years, it was amended by the legislature in 2006 to make it easier for prosecutors to obtain convictions. It is a form of homicide which is very similar to third-degree murder. It generally involves providing or selling illegal drugs to someone who uses those drugs and dies as a result. As amended in 2006, it is an extremely broad statute which can be used to punish drug dealers and drug users alike. The statute is overly broad because prosecutors may use it to bring charges against a drug user who shares his or her illegal drugs with a friend if the friend then overdoses and dies. Although the statute was designed with the idea of targeting real drug dealers, prosecutors are increasingly abusing it to target drug users. Thus, there is no requirement that the charges be brought only against a real drug dealer or in the context of a typical buyer/seller relationship.”

The war on drugs is a failure, and yet public officials keep trying to arrest our way out of the nation’s addiction crisis. After my latest column, reporting Bill Dolan’s death, appeared online on June 20, I received this letter from Neill Franklin, a former police major who serves as executive director of Law Enforcement Against Prohibition: “Bill’s case is another clear sign that police and prosecutors have much more to learn about addiction and the habits of people who use drugs. Most people who supply drugs to others are not the profit-seeking drug sellers, but merely other drug users who are either supporting their own use, or just happen to be the ones who have access to obtaining what they all use. It’s like me bringing the booze to my friend’s home during the big game. If he drinks and dies, I guess I’m the culprit. Really?! The problem with illegal drugs is that Bill, like many others, have no clue as to what the ingredients truly are in the package they purchase from the street, or from their favorite dealer. Most dealers don’t even know the makeup of the concoction. So, we still have a very long way to go in turning our drug use problem over to healthcare practitioners and removing it from the death grip of our criminal justice system.”