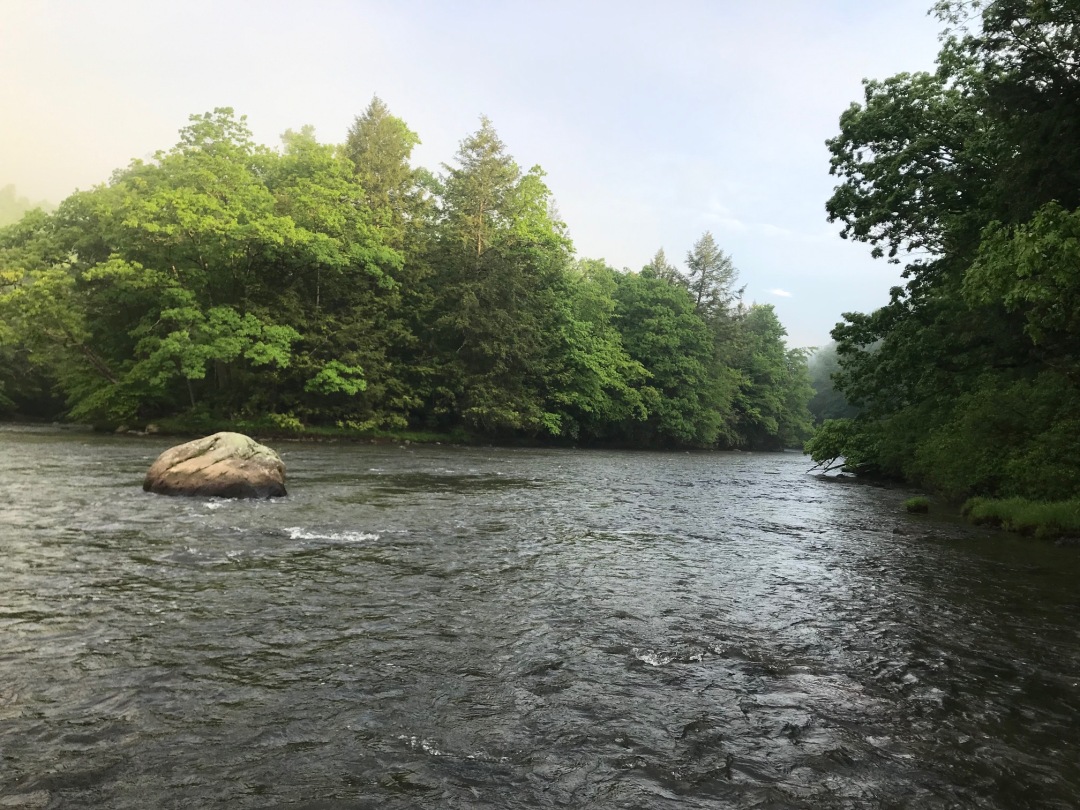 Neil Jacobs, a champion of the Youghiogheny River catch-and-release fishery, has been circulating this letter to anglers in the hopes we will join him in asking the Maryland Department of the Environment to balance all interests, including the trout habitat, in its deliberations on a water-release permit. You can contact Mr. Jacobs directly at enjacobs@gmail.com. The contact for MDE is below. The Deep Creek Lake POA web site is http://www.deepcreeklakepoa.com/

We are in the final stages of the Brookfield re-permitting process for discharges from Deep Creek Lake into the Youghiogheny River. The primary stake-holders are DNR Fisheries, Trout Unlimited, the White Water Community and the Deep Creek Lake Property Owners Association (POA).

There has been on-going friction over the years between POA versus Trout Unlimited, DNR Fisheries and the White Water Community.  The POA asserts recreational releases and Temperature Enhancement Releases (TER) may drop lake levels during summer months, causing shallow waters in some coves thus creating inconveniencies to Lake residents.

The variables in the debate are many — drought, Upper Rule/Lower Rule Band, hydrology science, to name a few — making a clear picture difficult for those not students of the issue.

Presently the POA has asked MDE to terminate all TERs in the permit renewal. This would be devastating to the trout population and ruinous for the Yoc fishery.

Over the years DNR and TU have presented science from qualified professionals demonstrating the negligible affect of TERs to lake levels. This has not been acknowledged by the POA, which apparently seeks to present the issue in the worst possible scenario.

POA has presented some unqualified science from residents. But currently relies on observations and anecdotes stating the Youghiogheny fishery is marginal, poorly utilized, without access and non-sustainable. Some of their claims are “the Internet does  not describe the Yoc as a popular destination.” Others claim “all the fish swim to Pennsylvania,” or “there is no public access.”

These remarks are delivered at public meetings/hearings with some force.

It is not clear how MDE evaluates these remarks in its considerations.

It is a fact the POA is strong economic force in Garrett County and is well represented in the public hearings for this re-permitting.

Sometime in October the last public meeting on the permit will be held. Like the earlier meetings, public comment is invited along with written materials. In past public meetings the angling community has made poor showings as well as offering few remarks. We have allowed DNR Fisheries and theTU Mid Atlantic Council to do the heavy lifting. Since much misleading information about the usage and value of the Yoc has been introduced, now is the time for anglers to speak up and describe the value of the great fishing on the Youghiogheny. It is particularly important to mention if you travel here or are a part-time resident.

Since attendance at the public meetings is always problematic, MDE encourages written submissions.  I’m asking you to email MDE regarding your views of the Yoc as a viable fishery. If you would copy me and give your permission I will read one or two at the upcoming meeting.

Thanks for you for speaking on behalf of the angling community.