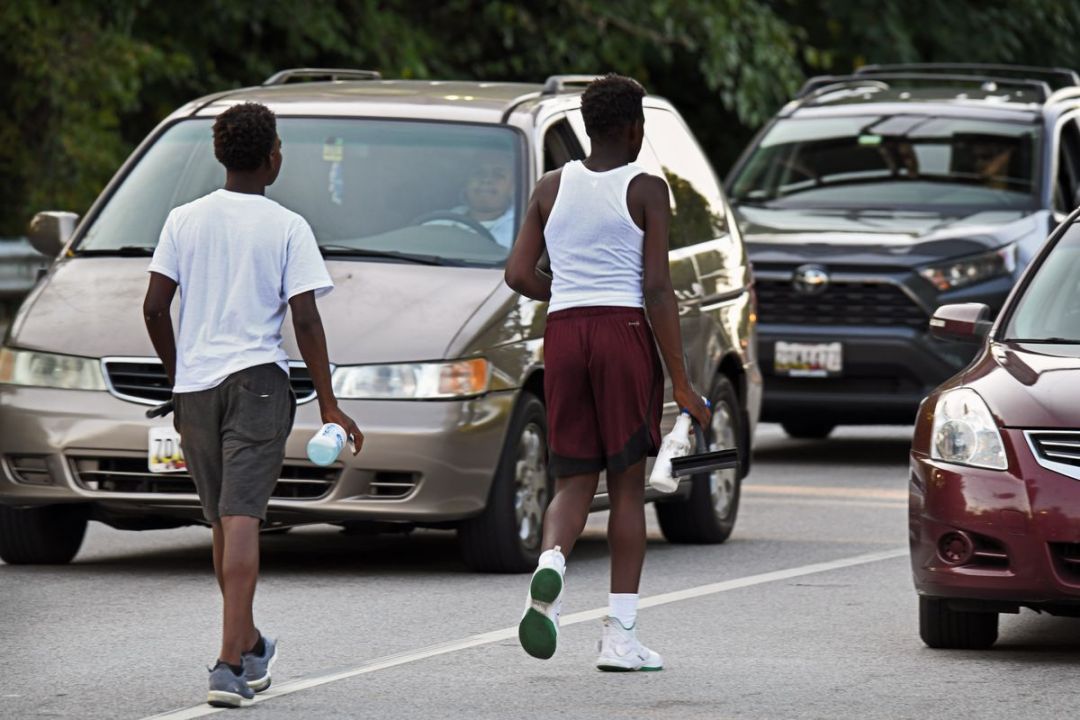 Why some people resent the ‘squeegee boys’ of Baltimore

Before I leave the subject, until next time, a further thought about the boys and young men who offer to wash car windshields at a few busy Baltimore intersections — the squeegee workers. This issue is so fraught with race, politics and class dynamics, it’s hard to have a civil discussion about it. On Sunday, after my latest column on the subject appeared, I received an email from a reader who described these boys and young men as “thugs” and “vermin.” (I get to a word like “vermin,” and I immediately send such letters to junk mail.) Another man claimed that “nothing was being done” about the “squeegee problem,” though the column cited the opposite fact. Other emails used the word “terrorize” to describe what squeegee workers do to motorists. No doubt, some of the squeegee workers behave badly. But I have interviewed a few of them and they also tell stories about being treated badly, sometimes with vicious rhetoric and gestures, by drivers.

Drivers who resent squeegee workers claim they are a symbol of the lawlessness of Baltimore — that they ought to be driven from the streets by police. They believe they pose a threat to anyone at any time, and this is where the discussion runs on the fringes, if not into the core, of racism. Perceiving black teenagers and young men as a threat is nothing new and, despite the almost immediate denial this assertion brings, it’s definitely part of the reaction at play among squeegee opponents.

But I think the squeegee workers touch an even deeper nerve. While many people see them as energetic entrepreneurs, others take an immediately negative view. And it’s this reaction that interests me as a long-time people-watcher and observer of the Baltimore scene. I think, for those who react negatively, the squeegee workers represent failure. And failure comes in a lot of forms — generally, the generational poverty, substandard education systems and lack of opportunity that still limit the quality of life of millions of Americans. The “squeegee boys” are a reminder of a city’s problems and a nation’s problems, and they are big, systemic problems. (I have heard people describe Baltimore as a “third world city” because of the presence of squeegee boys and panhandlers on our streets.) They remind us that the United States is not as exceptional as we once thought, or would like to think. We have huge and chronic problems — drug addiction, rising suicide rates, daily gun violence, a falling life expectancy. Job quality has been in decline for years, and income inequality on the rise for three decades. To be sure: None of this excuses the squeegee kid who sprays a motorist in the face with window cleaner at President and Lombard streets in Baltimore. But it explains why he’s there to begin with, and why so many drivers, especially those who come into town from more affluent suburbs, react as they do. Deep down, they just don’t want to see them. Out for dinner, or headed to a business meeting, people who move in the lane of success do not want to be reminded of our failings.