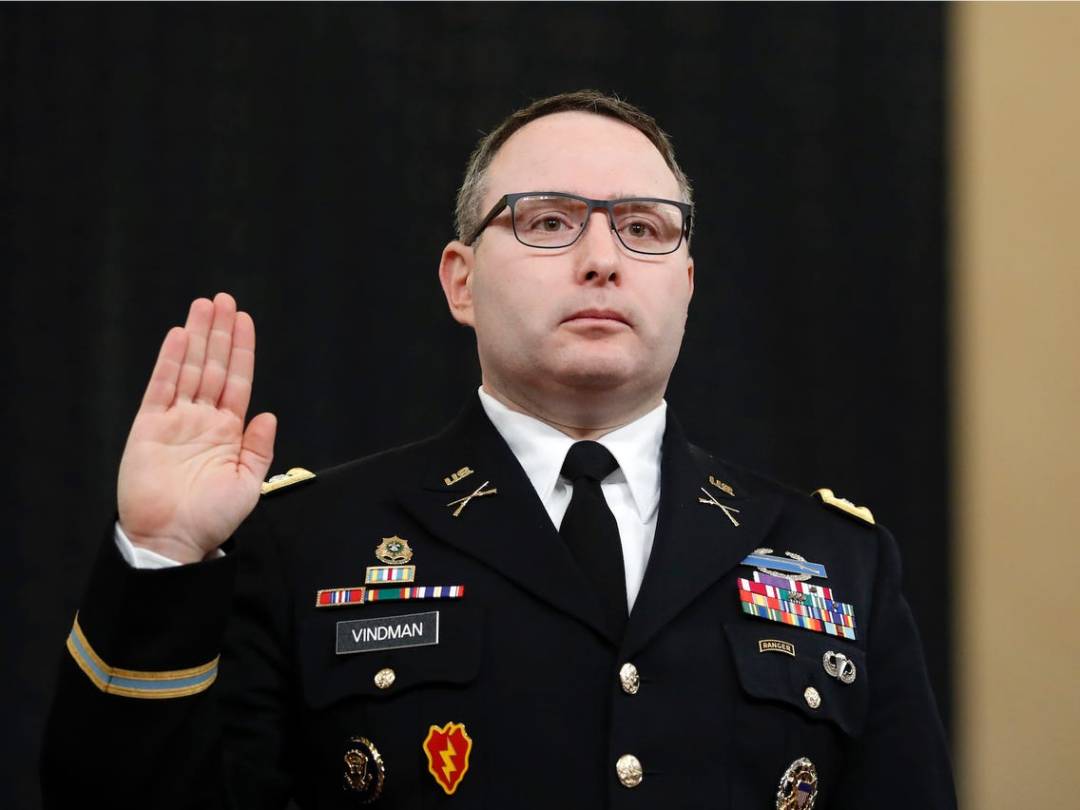 It’s official: Whatever light leash was on Trump is gone. The “grownups in the room,” the generals, John McCain and the Republicans McCain might have pushed toward the last line of moderation and bipartisanship in the Senate — all gone. On Friday, Trump started a purge of witnesses who testified in the House impeachment hearings: A decorated Iraq veteran, Colonel Vindman, and the ambassador to the European Union, Gordon Sondland. Gone. Trump even had Vindman’s twin brother, also an Army officer, removed from his position with the National Security Council.

There is almost certainly more retribution on the way. And there’s no one in the Oval Office left to tell Trump that, while these people served at his pleasure, retaliation against witnesses — men who were summoned to Congress by subpoena — is unethical, if not immoral. It’s what gangsters do. Thugs go to prison for intimidating or retaliating against witnesses.

But Trump’s sycophants, in the White House, in Congress and on Fox, are already arguing that the firings are justified because Vindman and Sondland can’t be trusted, that they’ve been traitorous.

Traitorous for telling the truth.

Traitorous for doing their duty.

Would Obama have done the same? Clinton? Bush? Nixon?

It’s impossible to compare because the present situation does not compare to anything we have seen in the past: A clearly unfit and corrupt president emboldened by a weak or complicit Senate that excuses his unfit and corrupt behavior, and buoyed by an entire cable news channel that praises and amplifies that behavior for millions of viewers. We have never been here before, with a modern president impeached for real abuse of power, but let off by Senators of his own party, many of whom apparently believed he was guilty. The so-called grown-ups have told the juvenile delinquent in the White House he can torture cats if he wants, he can form a criminal gang, if he wants.

The thin leash that was on Trump is gone.

Where his depravity takes us next is anyone’s guess. Post-impeachment, Trump poses an even bigger threat to this republic. His behavior resembles that of an autocrat by the hour.

Meanwhile, Democratic candidates for president engaged in a spirited debate in New Hampshire as primary voters start to focus on picking a nominee who can beat Trump in November. Amy Klobuchar had a good night. The other candidates have received far more media coverage and face time in debates. But Klobuchar has stood out to me for her intelligence, humor, toughness and moderate-liberal positions. When I imagine any of the candidates winning a match-up with Trump in a debate, so far she’s the one I see.

Here’s a New York Times editorial that makes the case for a Klobuchar vote.

Also worth a read: Tracking Down Mayor Pete’s Black Voter Problem, by Darryl Pinckney in The Nation.

One thought on “Trump Unleashed”