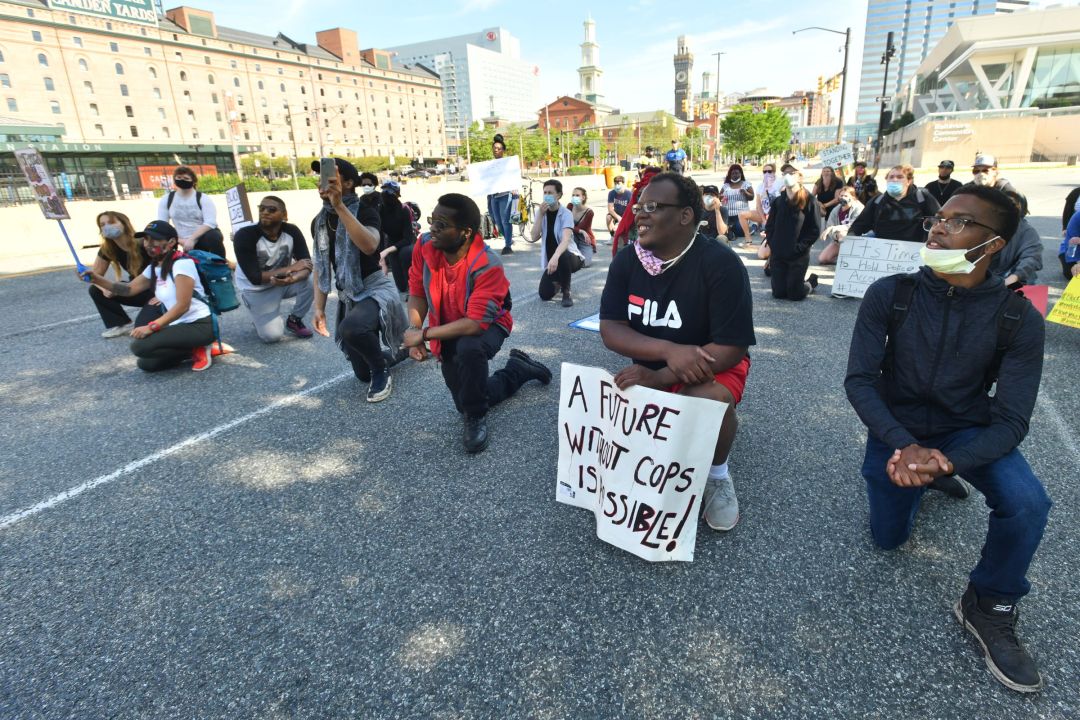 May the march continue right through the November election

I am awed by the Baltimore protests — powerful and, for the most part, peaceful. You can get all of the Sun’s coverage here, and see some great images by our staff photographers.

I was struck by a sign carried by one of the thousands of marching protesters. It said, “A Future Without Cops Is Possible,” a sentiment right out of Jacques Brel’s “If We Only Have Love,” and John Lennon’s “Imagine,” and while imagining such a thing — no need for armed, uniformed paramilitary to serve and protect citizens — seems like a futile exercise, the young man carrying that sign says, “Why not?”

In Baltimore, it’s impossible to imagine such a thing. As thousands of men and women gathered Monday for their amazing march through the city to protest George Floyd’s death, a 64-year-old man was fatally shot in a car on the north side of the city. While the nation faces a pandemic and widespread civil unrest and the menace of the Trump presidency, Baltimore’s insane pace of homicides continues, a problem we faced well before the pandemic, well before Trump’s election.

We need police. We need, in this moment of anger and anguish, to remember that. Millions of cops, in fact, need to be thanked for their service on the front line.

But, before Americans can be expected to imagine this better world of better policing, we need to find some way to reach a place where racism and brutality have no place in the professional enforcement of law. That’s a tall order in a country still infested with racism, a country that elected a racist as its president four years ago, a country that still tolerates poverty midst great wealth, a country that allows too many children to reach maturity without a good education and a real sense of hope for the future.

As for police brutality, the day of reckoning really arrived several years ago, with the marketing of cell phone cameras. Citizens have captured videos that provided evidence of cops using excessive force or, in some cases, needlessly killing unarmed citizens. And many police have body cameras now. But it’s the law of the land that has not caught up with evidence-gathering technology. You can read here about how the Supreme Court, by affirming “qualified immunity” for decades, protects police and lets some get away with murder. We have to find a better balance, a better way. That can only happen with serious and sustained effort to change laws and policies and, in so doing, express high ideals and ambitions for the nation. The country needs a new start.

We can get there, but not with Trump in the White House, and not with the Republican majority in the Senate. The people who are marching, and the millions more empathizing while safe-at-home in the pandemic, need to vote them out and replace them with serious progressives who want to make this a better country. May the march continue, right into the November election. That’s where the country can get a new start.