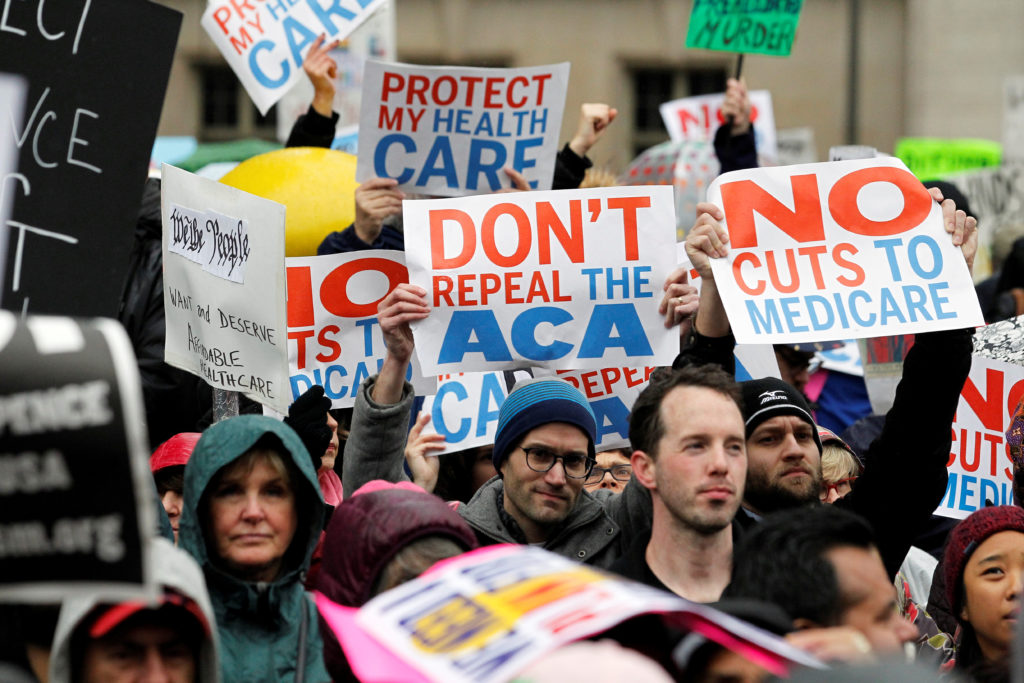 Democrats must talk it up because Republicans don’t anymore, and for good reason

At last week’s Republican National Convention, speakers mentioned Obamacare exactly once. This from the same party that consistently opposed government-backed health insurance for millions of lower-income Americans, whose members in Congress refused to support it and whose House members voted to repeal it dozens of times. The GOP’s favorite policy for ridicule and court challenges got just one mention during the convention, according to the Times.

There’s good reason for that. Twenty million Americans who did not have health insurance — and wouldn’t today if not for the Affordable Care Act — now enjoy its benefits. As a result, the ACA has become more popular nationwide. Republicans like Maryland’s Andy Harris have thousands of constituents who benefit from the law. There is no longer anything to gain from beating this horse.

Democrats, starting with Joe Biden and Kamala Harris, should be trumpeting the law every chance they get, reminding a nation in the midst of a pandemic of its vital importance while emphasizing that, despite the lack of mention at the RNC, the Trump administration and 18 Republican attorneys general still support a Supreme Court challenge to wipe it out.

Democrats should also remind voters in 12 states — Wisconsin, Florida, in particular — that their governors or legislatures have refused to accept the Medicaid expansion that would provide health insurance to millions more. The refusal to accept the expansion is what Jonathan Weiner, health policy expert at the Johns Hopkins Bloomberg School of Public Health in Baltimore, called “the biggest case of political malpractice I’ve seen in my life.”

One more thing about this: I have gone back and forth between calling it Obamacare and the Affordable Care Act. While President Obama eventually embraced the term, I think it’s well past time to let it go. The failure to object to the appellation as a dog whistle was and is a serious mistake. As opposed to “Medicare” and “Social Security,” the term allowed opponents a one-word attack based on nothing related to the substance of the program. It was intended as and became a rallying cry for all those offended by that Black Guy who had the effrontery to sleep under the White House sheets. Those opponents needed that dog whistle because they knew that once the intended beneficiaries of the Affordable Care Act got a taste of it, the Black-guy-in-the-White-House gambit would begin to lose traction. This is not a new game. Since before the Civil War, moneyed interests have been playing the race card to keep the foot soldiers in line. Now, instead of gray or butternut, they’re wearing red baseball caps, but the flavor is the same.

3 thoughts on “Democrats must talk it up because Republicans don’t anymore, and for good reason”