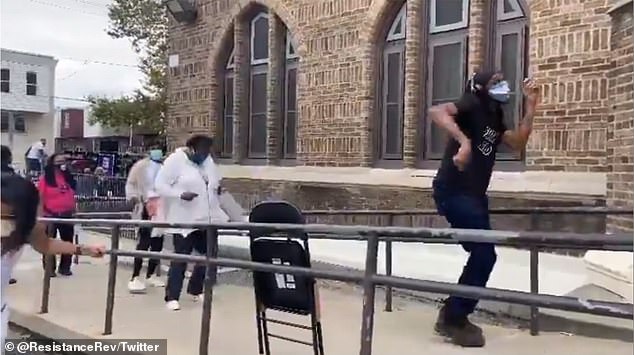 The dance of the Indefatigable

My first full-time job was at a daily newspaper in Petersburg, Virginia, the northern terminus of a section of the Great Commonwealth referred to as “Southside.” I was a bachelor (haven’t been one of those in 55 years) living in a boarding house called “Folly Castle.” Food and a room — a bathroom for all, down the hall — and the landlady was Ms. Defenbaugh, who I believe to have been a member of the United Daughters of the Confederacy.

I prowled Southside as a beat reporter. I went to Klan cross-burnings and to meetings in the basements of Black churches of the Southern Christian Leadership Conference — rooms filled mostly with young people who were trying to convince Black citizens to register to vote. Registering to vote was a daunting process in Southside. Like yesterday, I hear the voices in those basements ring “freedom, freedom” and recall SCLC Field Director Herbert Coulton turning to me to say, because I was neither standing nor singing, “Looks like everybody here wants freedom except Tom James.”  It was a friendly, not threatening, challenge to which I replied, “Got mine already, Herbert,” and to which he rejoined, “Not so sure of that.”  Turned out he was right to doubt.

Those recollections of 50-plus years ago were brought to life last night by a video of people — mostly Black people — dancing while they waited in line to vote in this at-once-horrid-and-hopeful election with which we are faced.  A hashtag connected to the clip stated, “Joy is an act of resistance.”

Here we are, half a century down the road from the Voting Rights Act and a century and a half down the road from the Emancipation Proclamation and, still, joy is brought to the battle wherein the best and brightest minds of bigotry create new, improved ways to keep the lid on freedom and suppress the vote. There is a great deal of fearful concern that yet another bell is tolling, calling out the red hats, in the fight to keep people down. It is a fear well-placed. That fear is being met with the dance of the indefatigable.