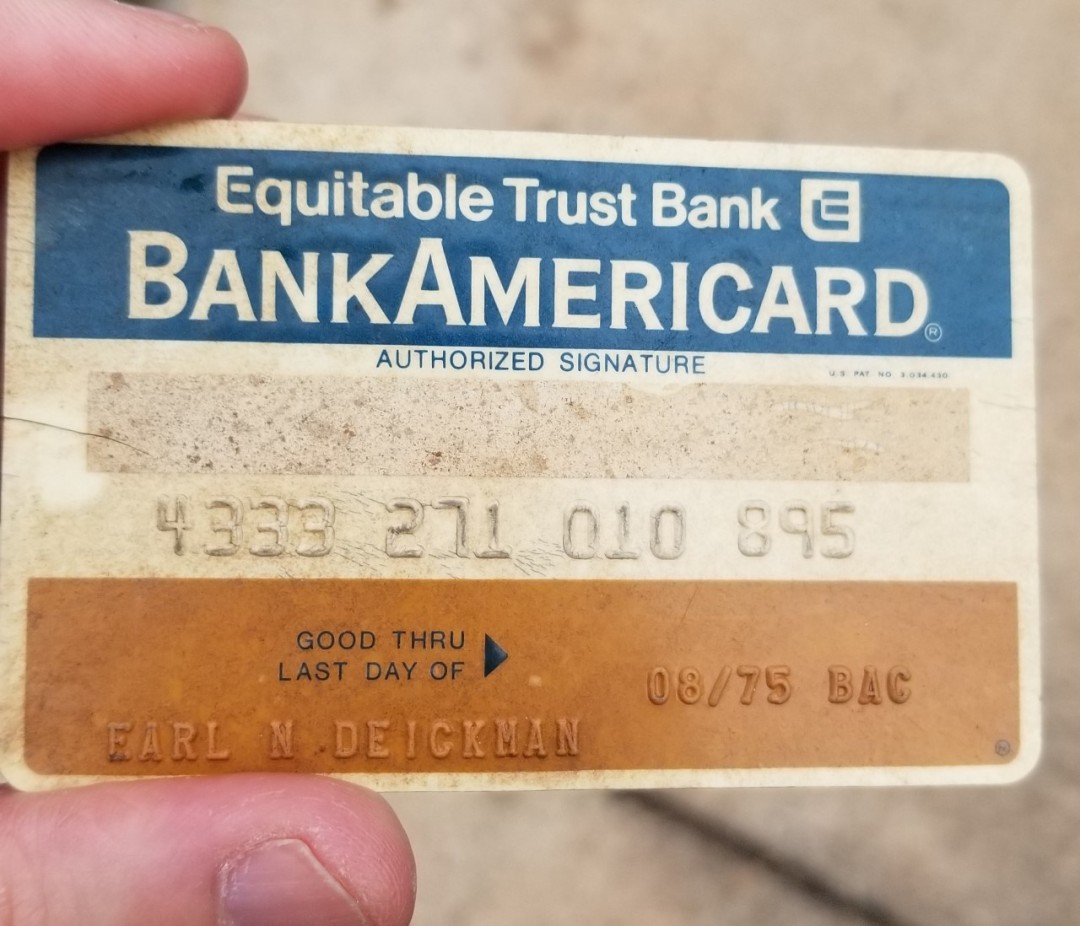 What the river turns up

Chris Zogby drove from Virginia into Maryland to fish the Gunpowder River above Big Falls Road in Monkton, north of Baltimore. He caught a few brown trout — and the credit card you see pictured here. “Late morning, I decided to switch tactics and use nymph patterns instead of streamers,” he wrote me in an email. “While I was putting a Clouser minnow back into a package of newly tied flies, the package slipped out of my hand and into the river. Took a few minutes scanning the river bottom for the package and found the credit card.  I couldn’t believe my eyes when I saw the expiration date.”

Indeed, you have to wonder how that thing ended up in the Gunpowder tailwater, and in Chris’ hand, 45 years on. (Chris located the son of the man whose name is on the card, and determined that he was, indeed, an angler. However, the son had no memory of his dad fishing the Gunpowder.)

You almost never see trash along the catch-and-release stretch of the Gunpowder, or even on the NCR Trail that runs along several miles of the river.

This story reminds me of something I discovered years ago in Father’s Day Creek, another place that has somehow hardly ever been marred by trash. On rare occasions, I’ll spot evidence of human life that washed downstream — a piece of old barn siding maybe, porcelain insulators from an upstream farmer’s electric fence.

One time I discovered a busted laptop computer in the bottom of the stream, just below a one-lane bridge. I didn’t know what to make of that, so I fantasized that some CIA agent, having downloaded the contents of the hard drive, threw it from his black Navigator as he passed by.

Either that or the local beaver decided to toss his and switch to a Mac.

2 thoughts on “What the river turns up”