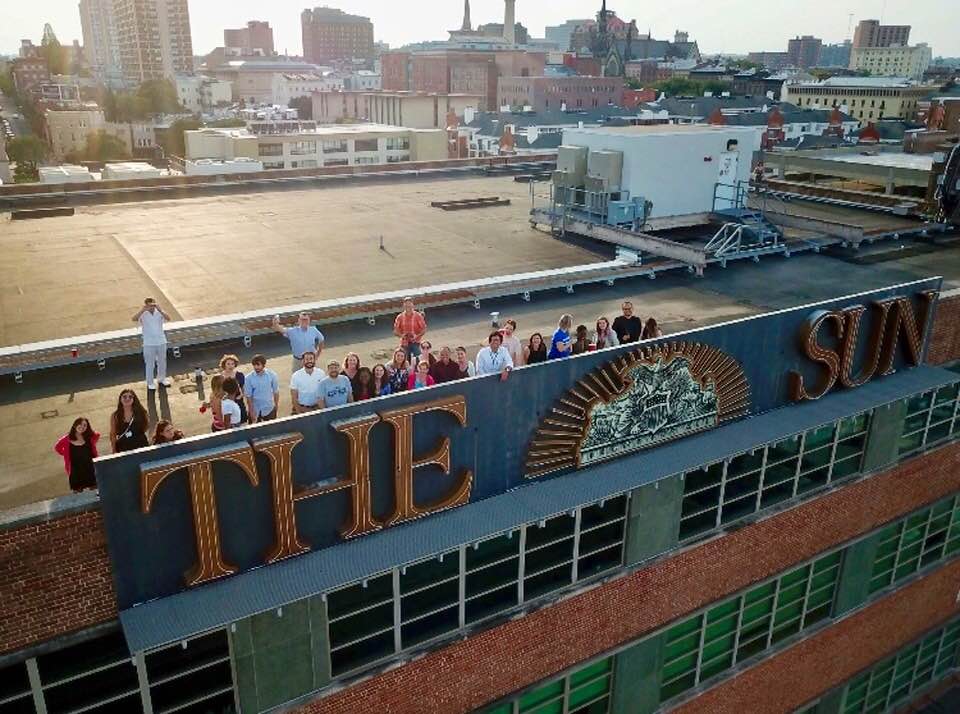 Great and good journalists I have known

I would like you to know the following: Since my first day of work in a newspaper’s city room — June 1973, The Patriot Ledger, Quincy, Massachusetts — I’ve been intrigued, entertained, impressed, inspired, mentored, awed and enlightened by the people who worked there. I can’t think of one reporter, critic or editor who, in the collegial atmosphere of city rooms, did not enhance my knowledge of the world in some way or expand my perspective on all kinds of issues facing American society. To a person, I cannot think of one who did not read books and talk about them (and many went on to write books); who did not have a rich understanding of history, culture and the arts, of sports and science and health, of politics and law and business; who did not know something about almost everything or everything about something (and who did not want to know more). The people I’ve known in all these years of newspaper work, including photographers, are and were some of the country’s greatest citizens — interested in the progress of society, in solving problems, in seeing that the government responds to the needs of people. They are and were vigilant and skeptical. That’s how we get the rap for being liberal — mainly because we challenge the status quo, the way things are done, and because, when we pick a side, it’s usually the side of the underdog.

At public speaking engagements, I’m usually asked about liberal bias in the media, and that’s my answer: In my experience, the reporters I’ve known are bright, informed, civic-spirited people who understand that their job is to ask questions, look at things as objectively as possible and bring government and private enterprise to account. We see our jobs as public service. We expose problems. Liberals, moderates and moderate conservatives understand the role we play. Conservatives with the most extreme view hate us. They have a vision for how things should be — how they’ve always been — and they see the news media as being intentionally and unnecessarily provocative by suggesting that there’s something wrong with the picture.

It’s not liberal bias that afflicts us so much as progress bias.

Yesterday, a colleague told me about the hate mail he received from an essay The Sun published this week. A Trump supporter on Facebook called me a dipshit the other day. I’m used to that sort of thing. It sounds almost like a cliche by now, but few of the Trump supporters I’ve heard from — in person, by email or on the phone — are able to argue a point, but they certainly can call you names or make some brief, unsubstantiated assertion. And they hate professional mainstream journalists. They trash us, as Trump often did, declaring us “the enemy of the people.”

That got me thinking about the good and great journalists I’ve known: Smart, educated, informed, curious, some of them wordly and even scholarly in the approach to their work. From small towns to big cities and thriving suburbs, the communities of this country are better off because smart, educated, informed and curious people chose, and still choose, journalism as a profession.

But, of course, we’ve lost so many good and great journalists over the last 20 years — mostly to downsizing by the corporations that came to own multiple newspapers after their original owners sold them off. We need to keep replenishing the ranks, and the country needs to keep and support an independent press.

That gets me to this: I worry that too few Americans appreciate what we do and take their “news” from clearly biased, unprofessional and even unethical sources that make them comfortable with their prejudices. I don’t know how democracy survives when so many Americans are content to stay on that junk-news diet. Sorry to bring up such a serious, existential question at the end of this post. But disinformation is a big problem in America, and getting us to face problems is part of my job.

Plus, my next Sun column is due today, and I gotta run. As we used to say after dictating stories over the phone: More to come.

4 thoughts on “Great and good journalists I have known”