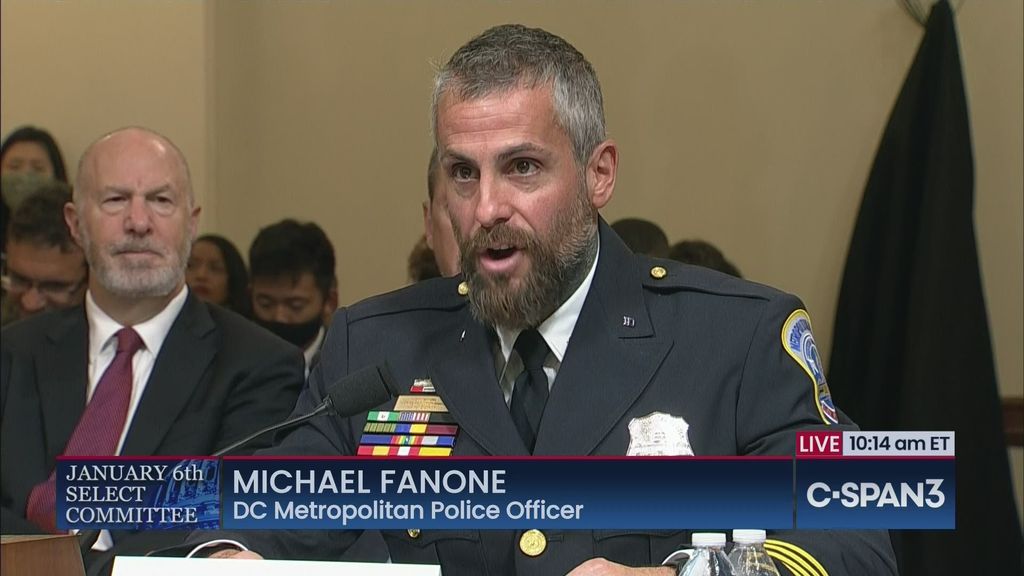 “Disgraceful” is a kinder word than the one that more aptly applies to many things that have occurred in America during the last five years. “Disgusting” is more apt. Example: Michael Fanone, one of the police officers attacked by the Trump mob on Jan. 6, testified last week that the disrespect shown to him and fellow officers by Republican members of Congress has been “disgraceful.” There, I would fully endorse “disgusting” as the appropriate adjective. And even more so now that The Washington Post reports not one more, but two more suicides of DC police officers who were at the Capitol: Officer Gunther Hashida and Officer Kyle DeFreytag. There’s been no official direct connection between these deaths and the mob attack, but only the best deflector, only the best denier would eliminate the possibility. Those men suffered through not only a violent, physical attack but the emotional trauma of having their own countrymen treat them with scorn and ridicule. (Ironic that the same Trump-inspired attackers probably trumpeted, “Blue Lives Matter” just months earlier, during the summer of protests in 2020.) It struck me last night, as I heard the report of Officer Hashida’s suicide, that those of us who hold democracy sacred (and that’s everyone who voted for someone other than Trump) have been trumatized by the rise of brutish, angry, racist, know-nothings across the land. It’s not like we were bombed or invaded by a foreign power, but it has been shocking to behold nonetheless. This is not the exceptional, ever-advancing America we hoped for and believed in. We suspected as much, now we know as much.