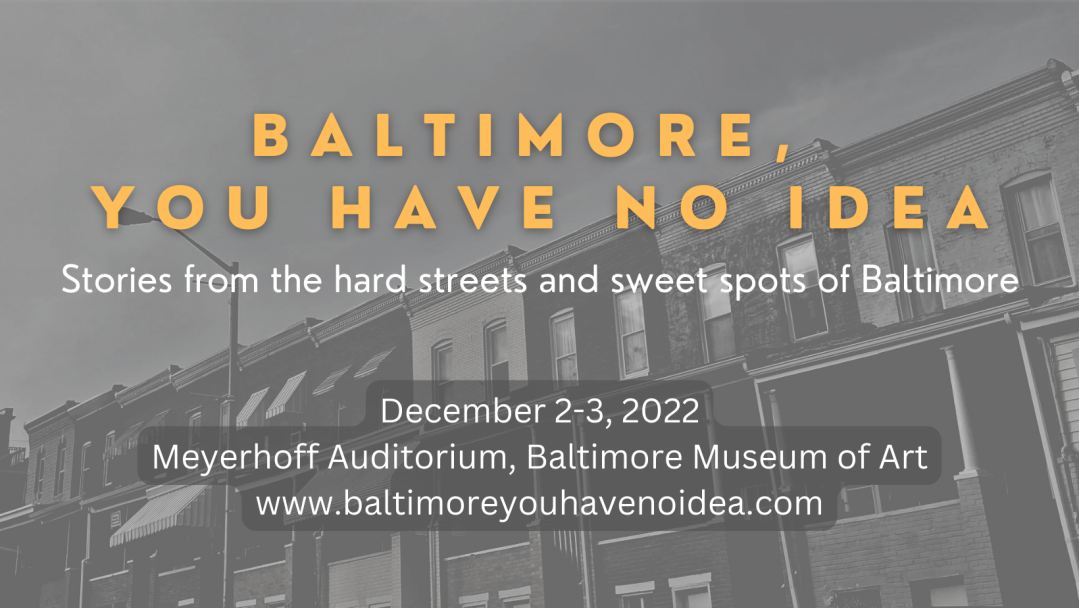 Tickets now on sale: A One-Man Play with a Cast of Seven

Directed by Will Schwarz with original music by Mat Lane.

Longtime journalist Dan Rodricks tells stories from his more than four decades as an award-winning Baltimore Sun columnist and radio and television host.

A theatrical memoire, the play allows Rodricks to bring to life from the wings some of the many people he has encountered and described in more than 6,000 columns for Baltimore’s daily newspaper since 1979 — a woman who married into a Baltimore crime family, the political boss of bosses, soldiers who served in World War II, a former drug dealer trying to build a new life after prison, a woman mourning her son, criminals who were “guilty but mostly stupid,” a model train collector who made a guy cry.

“Baltimore, You Have No Idea” is a multi-media show that includes a new and original song about Baltimore.

3 thoughts on “Tickets now on sale: A One-Man Play with a Cast of Seven”