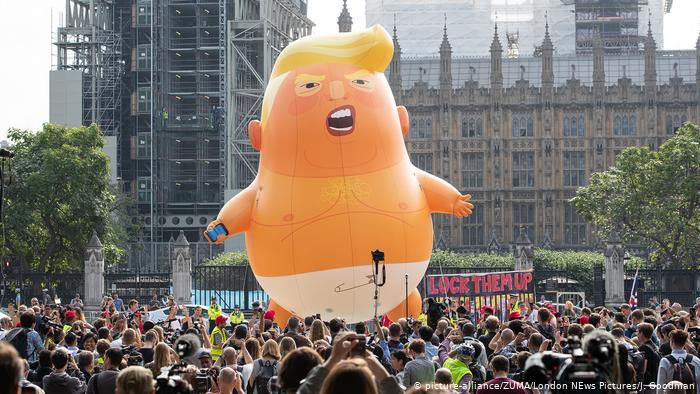 We know that people around the world are appalled that Donald Trump is president of the United States, but I am hearing directly from them this week. The response so far to my column on Trump and, even more so, the Sun’s “rat” editorial about him has been off the charts. We are hearing from thousands of people, and from both sides — from Trump supporters, who see no racism and no offense; and from Trump opponents, who find his comments about Rep. Elijah Cummings (above) and the city of Baltimore racist and disturbing. While most of the comments came from people living in the U.S., I am struck by a few emails that arrived from overseas, expressing profound concern that Trump is president of a country seen around the world as a beacon of hope, freedom and prosperity. These are people who remember the dignity of President Obama and seem still shocked that Americans could choose the vulgar Trump as his successor in the White House. I rarely receive international mail. In fact, I tried to remember the last time I received emails of concern and empathy from readers in other countries, and had to think back to the time of another national disaster — the attacks on 9/11. Here are a few of the letters I received since Sunday:

A very good article – thank you! Even if populism is increasing in Europe too, many of us wonder how so many people in the US  still follow Mr. Trump. I ask myself how these persons who support Donald Trump, no matter what he says or does, can be reached with reason and facts. — George K. Schertenleib, Switzerland

Well said. I don’t think that his acolytes are capable of participating in rational discussions. But trying to reason with them has more chance, however slight, of getting through than returning the childish name-calling. A noble effort. –Regards, Ed Mirmak, Chiang Mai, Thailand

Hello from New Zealand. Thank you for your article as linked to on the website Reddit. I couldn’t agree more with what you have written.  I just cannot believe my eyes & ears to the things Trump says.  The corresponding silence of the Republican politicians & Republican supporters is equally deafening.  I can only think that Trump is attempting to divide & conquer by increasingly sewing discord.  Please reassure me this is not possible in America. –Kind Regards, Paul

This is a letter of Sympathy from Palestine.  Somehow strange to get this e-mail/letter from me, someone who is not living in a wonderful democracy or equality situation.  Still, I have to admit that my wishes to other nations were always to be free, equal and never need to fight for their basic rights. I used to believe that all my friends in the US will not face the denial of their rights! Speaking about friends who come from minorities!  I used to believe that in the US, the discussion has been over civil rights and not human rights! That people will be responsible for any act/talk/speech of racism.  I used to believe that speaking racism is limited to certain neglected groups or individuals who represent themselves only or some isolated tiny minorities. Yesterday, we witnessed another disgusting example of the rebirth of racist views that unfortunately came from the US President.  I can only express solidarity with you and the citizens of Baltimore. I know how it is to live in a place where outsiders only see the negative parts and never allow themselves to witness the wonderful parts of the place. I hope this era will end sometime soon and we can together erase this section of human history.With solidarity to you personally, your family and friends in Baltimore. — Bassam