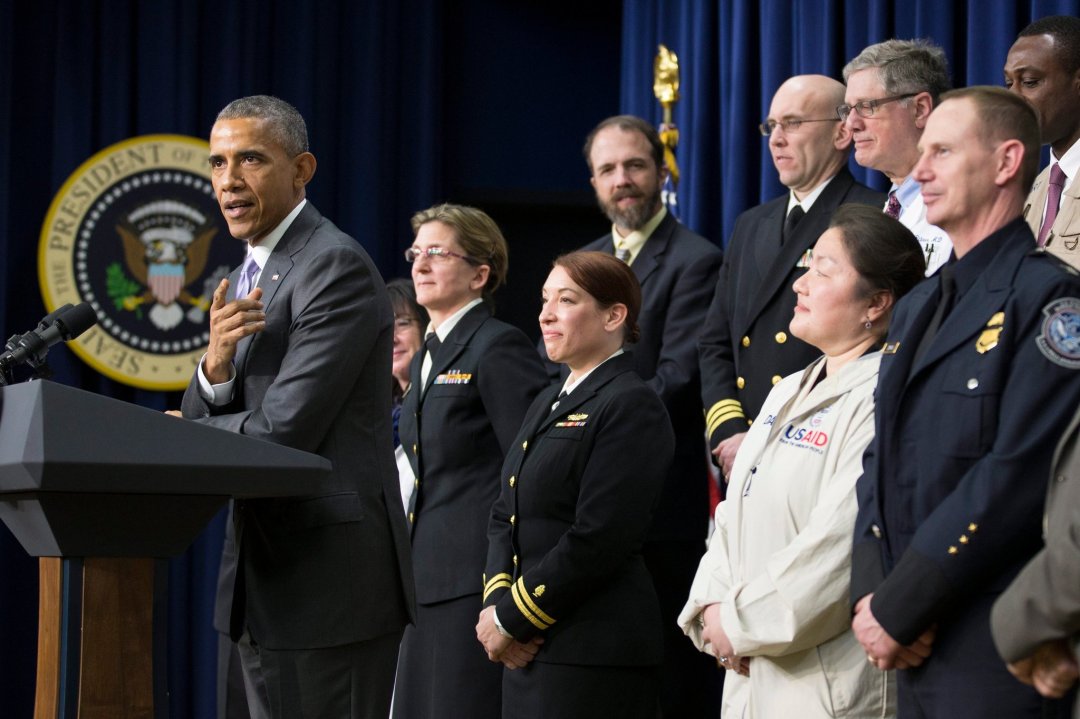 Because Trump and his administration delayed — with willful ignorance and claims of hoax and media sensationalism — our nation’s response to the coronavirus, I went back to 2014, Obama and Ebola. I had to. I wanted (needed) to review how a wise and well-informed American president responded to the outbreak of a lethal disease in a foreign country.

Nothing better illustrates our nightmarish fall from the decency and smarts of Obama to the troglodyte hell of Trump than how these two presidents responded to a major viral threat.

“It’s hard to overstate the contrast,” Bina Venkataraman, the chief policy advisor to Obama’s Council of Advisors on Science and Technology, said recently on Boston public radio. “For one, you had a president who actually accepted and cultivated scientific advice. So, the fact that I was a policy advisor to a whole council of external scientists, technologists advising the president, tells you something about how President Obama even structured getting advice from outsiders, being willing to accept the state of affairs.”

In 2014 and into 2015, the Ebola virus hit West Africa hard — Sierra Leone, Guinea and Liberia. The Obama administration’s strategy (criticized, of course, by Republicans, including Trump) was to reduce the spread of Ebola by deploying military and medical personnel into West Africa to help. There was none of Trump’s “American First” BS. We did not hear the words “shithole countries” uttered in the Oval Office. Instead, we had a president who saw a humanitarian crisis — and a potential threat to regional, even global, stability — and set out to do something about it.

I have culled from media reports, the White House and the Centers for Disease Control and Prevention this summary of what Obama did:

– Sent more than 3,000 Department of Defense, CDC, USAID and other health officials to Liberia, Sierra Leone, and Guinea

– One of the most impressive facts: Over 10 months, the CDC trained almost 25,000 health care workers in West Africa on infection prevention and control practices.

Two and a half years after the first case was discovered in West Africa, the outbreak ended with more than 28,600 cases and 11,325 deaths. Sierra Leone declared it was Ebola-free on March 17, 2016. Liberia and Guinea were finally declared Ebola-free in June 2016.

Only 11 people were treated for the virus in the U.S. during the 2014-2016 epidemic. One of them died. Later, seven other people, most of them medical workers, were treated in the U.S. after they were exposed to the virus while in West Africa. They were sent by chartered aircraft to hospitals in the U.S. All but one recovered.

Obama and Ebola is a story of containment and America at its humanitarian best. Obviously, coronavirus was not contained to China. It spreads in a different way than Ebola. But the Trump administration had warnings and knew about the potential for a global problem by mid-January. And here we are, in April, with the U.S. death toll rising by the hour from the pandemic.

The lessons for America from the Obama/Ebola success are these: Be prepared. Be vigilant. And pick as our next and all future presidents men or women who will appoint good people, a president who is mentally fit to serve, ethical, smart, humane and deferential to the scientists who know a lot more about this stuff than he or she does.

5 thoughts on “Comparative history: How Obama managed the Ebola outbreak”