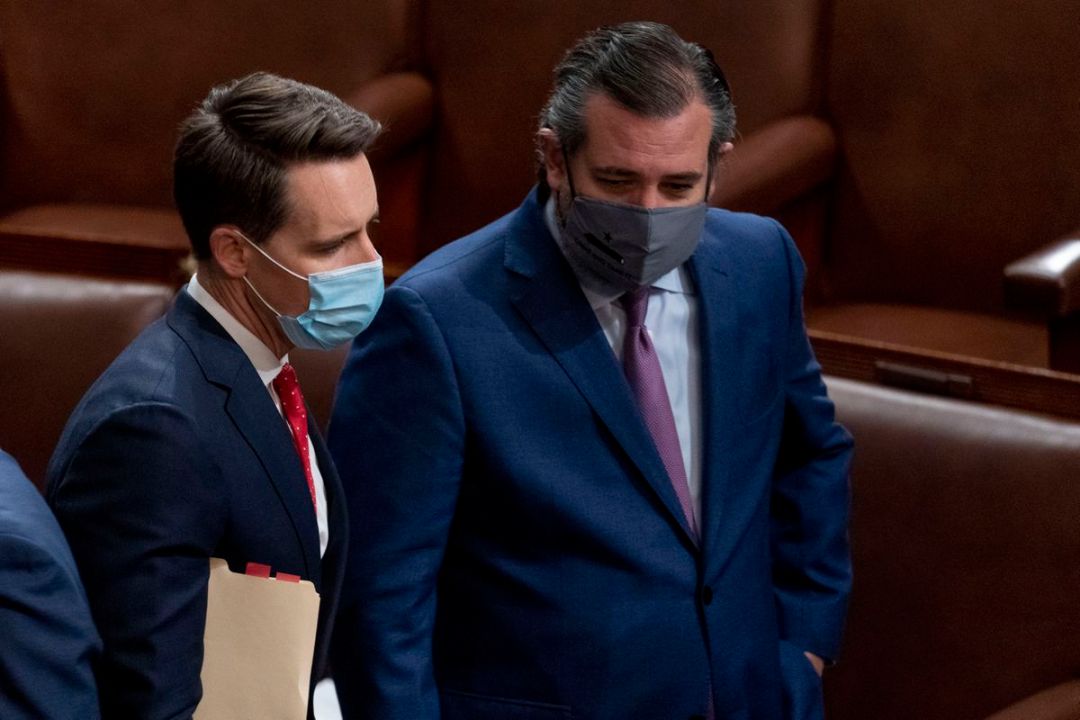 Senate Republicans insult every American who ever had jury duty

This post is related to my latest column in The Baltimore Sun. To read that column, click here.

I realize we are long past the time when we might expect Republican senators to stand on principle and set a good example for the rest of the country. But, in fleeting moments of weakness and nostalgia, I entertain thoughts that more of them might do the right thing. Alas, they had their chance on Tuesday and blew it again, and the republic is again harmed by their shameless deference to Trump.

Not only did the majority of Republican senators pass up an opportunity to file for divorce from the worst president in American history, but they repeated their offense from Trump’s first impeachment — they decided how they would vote before listening to a single syllable of evidence or argument.

And they did this against, this time, graphic evidence of Trump’s culpability to a high crime, captured on video.

It’s an insult to every American who ever sat on a jury and cast aside all personal prejudices to take seriously the command to be impartial, to be objective, to consider all evidence and argument before rendering a verdict.

How 44 senators could sit through arguments offered from both sides yesterday — the astute and focused managers from the House, led by Rep. Jamie Raskin of Maryland, and the weak Trump defense team — and still vote against proceeding with the trial is a measure of the depth of Republican dishonesty.

The question was straightforward: Should the Senate conduct an impeachment trial of a former president? The answer is clearly yes for reasons legal, supported by constitutional scholars, and simply logical. Not holding a president accountable for destructive actions during a lame duck period would be a dereliction of the Senate’s duty and further undermine a core principle of democracy — that we are a nation of laws and not of men.

All but six Republicans voted against having a trial, and they did this in the face of strong evidence of Trump’s complicity in the Jan. 6 insurrection. “If that’s not an impeachable offense,” Raskin told the Senate after showing a powerful 13-minute video linking Trump to the Capitol attack, “then there is no such thing.”

Here’s what Republican Ted Cruz, the Texas senator, said: “The result of this trial is preordained. President Trump will be acquitted.”

That’s about as perverse as it gets, my fellow Americans: Republicans deciding in advance to acquit Trump because doing otherwise would be bad for their political careers. John Harwood, White House correspondent for CNN, noted this in a tweet: “Since most GOP senators either actively fostered or quietly acquiesced in Trump’s lies about the election, a vote to acquit him is also a vote to acquit themselves.”

I realize a Senate trial is not a criminal proceeding. But it is still a trial built on the fundamental concept of a jury hearing evidence and argument before delivering a verdict. If any American selected for a jury in any courthouse anywhere in the country were to announce that the result was “preordained,” there would be a mistrial and a new jury empaneled.

But you know what? Most Americans would never say such a thing. We might not like jury duty, but we take it seriously. I speak from experience, having sat on three criminal juries myself and covered probably hundreds of trials in my career as a journalist.

Republican senators expect us to be fair and impartial when called to jury duty in our hometowns, but do not hold themselves to that standard in Washington. On the big stage of an impeachment, they have again shown their willingness to pervert and subvert democracy to hold and gain power.