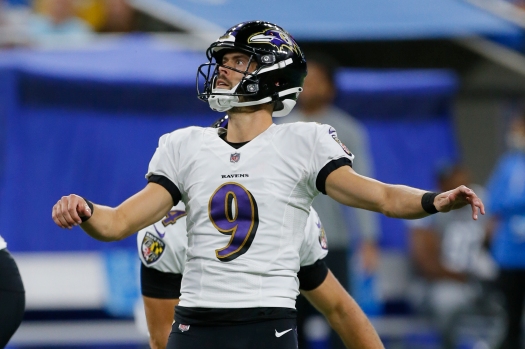 Please note and mark the moment: Justin Tucker’s 66-yard field goal to win today’s NFL game in Detroit for the Baltimore Ravens belongs among the Greatest Feats in Sports History. It’s up there with Bob Beaman’s amazing Olympic-record long jump in Mexico City (1968), Don Larsen’s perfect game in a World Series (1956) and Usain Bolt’s 9.58-second 100-meter run (2009). Certainly, there are other great feats. (Wilt Chamberlain scored 100 points in an NBA game in 1962, and Kobe Bryant scored 81 in 2006.) And we could go all day and night listing the greatest single feats and have a good argument about it. (Diana Nyad swam from Cuba to Florida at age 64, and Eliud Kipchoge of Kenya ran an Olympic marathon in under two hours and two minutes; he also ran one under two hours, but it was not recognized as a world record.) One of the most thrilling things I ever saw on live television — and several times since through the magic of video — was Secretariat’s epic run for the Triple Crown in the Belmont Stakes in 1973.

But kicking a football through the air from 66 yards to a space 18.5 feet wide and 10 feet above the ground to win an NFL game for the visiting team with seconds left on the clock — that’s not merely remarkable, not merely a record, but one of the greatest achievements in all of sports. There being no objection, the achievement is so recorded.