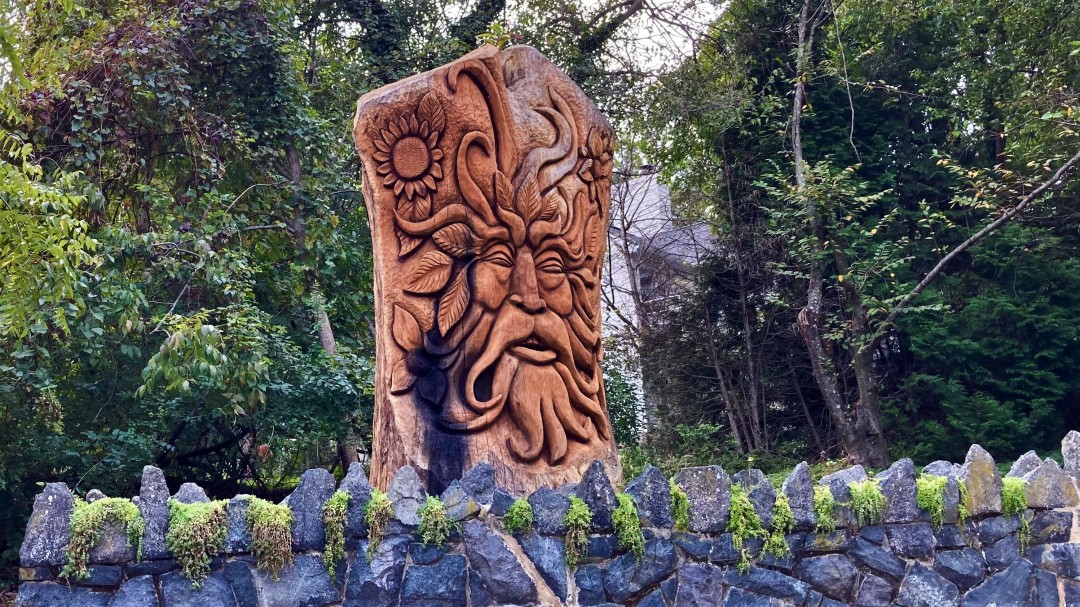 A carved sun face, a for-sale sign and the ‘General’s House’

So this is what happens: I’m driving through Mount Washington after visiting my old and beloved Evening Sun editor, Ernie Imhoff, at Springwell retirement community. I see this amazing carved sun face in the remainder of an old tree and, inspired by memories of Ernie assigning stories in the newsroom, I snooped around. I spotted an amazing house, and the house was for sale. I looked it up: It’s known as the ‘General’s House’ because General Thomas J. Shryock had the place built in 1895 as his summer home. The listing agent, Seth Dailey, put me on the trail of the long-gone general, and I discovered that he was a wealthy lumber merchant, probably responsible for hundreds of acres of pine flooring in Baltimore houses built in the late 19th and early 20th Centuries. His title of “general” was apparently from a gubernatorial appointment and not military service.

He was also Maryland’s state treasurer at one time, a Republican who entertained Teddy Roosevelt at his home. He was also a Free Mason and apparently enamored of the Knights Templar because he named his estate Beauséant, which is the banner of the Knights Templar. If you follow the links in this post you can see more of the house, read about the 1902 wedding of Shryock’s daughter and more about the General himself. As for the carving, Seth Dailey tells me the present owners of the property — the 6th owners since Shryock — had an artist create it from a fallen tree. The photos show what appear to be a bit of spray paint on the carving, but it’s apparently a natural mark in the wood.

One thought on “A carved sun face, a for-sale sign and the ‘General’s House’”