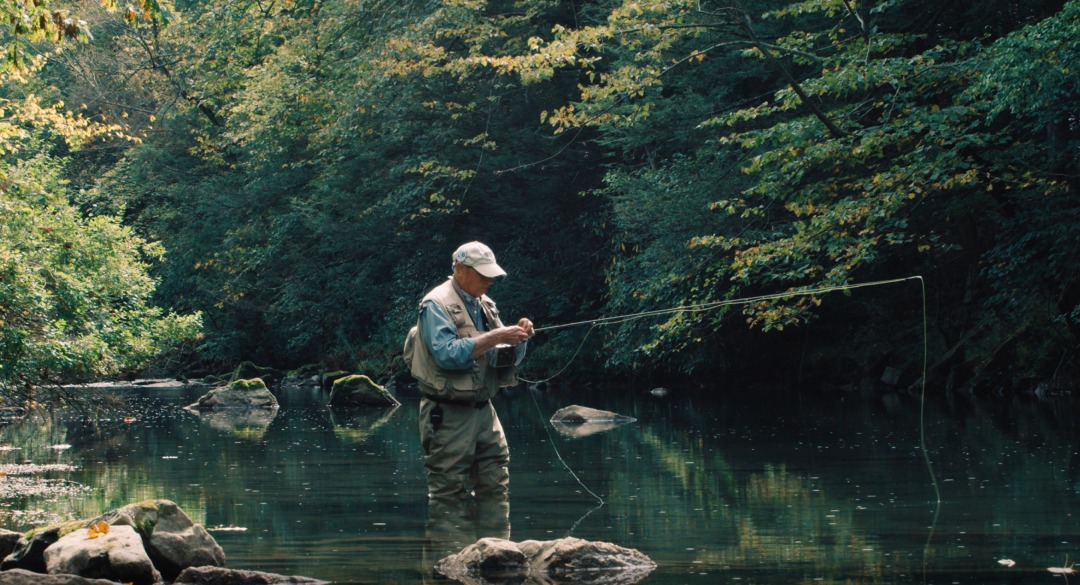 Living the dream: An inspiring film about a professional fly fisherman

The two brothers are on their backs in the grass, talking about what they’d like to be when they grow up. “What are you gonna be?” the older brother, Norman Maclean, asks the younger.

“There’s no such thing,” Norman snaps.

Of course, that would have been Paul Maclean’s dream — to make a living in Montana as a fly-fisherman, paid to guide or teach those who wish to master the art of catching trout on a fly tied from feathers and fur. The Maclean family might have been spared the pain of Paul Maclean’s brutal death, at the age of 32 in 1938, had he lived his boyhood dream, but that wishfully assumes such a career would have kept him away from the dark alleys where he too often ventured and where he died.

“A River Runs Through It,” the novella by Norman Malean, is a work of art, and the film directed by Robert Redford is so good I can barely watch it anymore. It hits where the novella hits — in the often turbulent straits between brothers — and it presents the sad truth that, as Norman Maclean wrote nearly 40 years after Paul’s death, some of the people we truly love cannot be reached. “He did not want any big brother advice or money or help,” Norman MacLean wrote, “and, in the end, I could not help him.”

Please pardon that melancholy trip along the sidetrack. I find commenting on the story of the Maclean brothers irresistible. And I only mentioned “A River Runs Through It” because of another film, a beautiful documentary called “Live The Stream,” about a boy who did, in fact, grow up to be a professional fly fisherman: Joe Humphreys.

If you’ve fished with a fly rod, you probably have one of his books or have seen one of his videos on nymphing techniques. Mr. Humphreys lived the dream. He’s had a long career as a pro based in Pennsylvania near Spring Creek. He taught a course in fly fishing for years at Penn State. He’s hosted television shows and conducted thousands of fly casting clinics.

A Maryland couple, Lucas and Meigan Bell, produced the film, and the project took three years. It is available for streaming.

As the film reveals, Mr. Humphreys worked to bring Spring Creek back to life. The section on the “Duck Pond” and the creek reveals something about Pennsylvania I’ve often found puzzling — how a state with such amazing natural resources for years, even after the modern environmental movement blossomed, did little to protect its land and waters from industry and development. It’s a huge state with vast forests, game lands and parks. The film makes Pennsylvania look gorgeous — and it is, in many places — but there are so many parts of the commonwealth that have been paved and junked up by sprawl that, each time I visit, I wonder if the stream where we just fished will be there next year. Spring Creek is a comeback story — a good one to tell — and Mr. Humphreys was right in the middle of the effort. Hopefully he’s inspired others to be stewards on their home waters.

Now 90, Mr. Humphreys has had a rich life because he worked at it. He has what the poet Garcia Lorca called “the energetic instinct,” the passion that runs through the veins of artists. “The secret to life,” Mr. Humphreys says, “is having something exciting to look forward to.” And for him — for all of us who fish — the next trip to the river offers that.

I write this in the spring of coronavirus. Today, if I click over to the latest tweets or alerts from news organizations, I hear grim predictions about where the country is headed with disease transmissions and deaths. Many of us are stuck at home, advised to stay there. Many have decided to skip the annual fishing rituals, even though being out on a stream, a good distance from other anglers, seems safe. If you need inspiration, watch “Live The Stream.” It will take you to the river with Joe Humphreys. It will drive you to stay in shape or get in shape for the days ahead, when we can travel freely again, without fear. It will keep you hopeful. It will give you something exciting to look forward to.

2 thoughts on “Living the dream: An inspiring film about a professional fly fisherman”